For those APBA Football players out there who only play the Basic game and have ever wondered if they are missing something not using the Master Game booklet, my answer to you is a resounding “YES”. Let’s review the game I just rolled in my 1968 AFL/NFL replay between the Pittsburgh Steelers and the Los Angeles Rams. The Pittsburgh Steelers had a record of 2-11-1 compared to Los Angeles Rams 10-3-1, however, they just upset the Rams 31-26 on my tabletop.

The Pittsburgh Steelers offense has a split rating of 30 (pass)/33 (run) against the vaunted Rams defense rated 46 (pass)/47 (run) resulting in the Steelers being -16/-14. The Rams offense is +7/+2 and generated 449 net yard of offense and were PLUS 4 in the turnover department. So how in the world could they possibly lose this game? Fortuitous rolls at the right moment and features only associated with the Master game. Twice the Steelers stopped the Rams on fourth down and one situations on called run plays even though the Rams averaged 6.1 per carry. Since the Steelers were -16/-14, they would only be in “C” index if using the Basic game, however, the Master game offers an “Offensive Index Finder System” which allowed them a reprieve on a couple of plays. Secondly and most importantly, the Master game has a “Rare Play (RP)” section. The Steelers racked up 414 net yards of offense and 31 points, however, 163 yards and 14 points came off of RPs. Pittsburgh scored a 95-yard TD on RP8-10, “Pass complete for 22 yards to 01, who immediately laterals to 010, who runs for a touchdown.” This play resulted in a 95-yard yard touchdown pass. To make matter worse for the Rams, the Steelers also had RP3-5, “Ball carrier scores touchdown, flag on play, see penalty Column TE.” The penalty was against the Rams, resulting in 68-yard touchdown run for Dick Hoak. Los Angeles could have survived one of these RPS but two was too many.

So if you were rolling the Basic game, most likely the Steelers would have only generated 251 net yards of offense and lost 31-12 but as a gamer you would not have experienced the fun and excitement of this thrilling upset.

If the Master game is not on your Christmas wish list, it most certainly needs to be!

I want to take a moment and share with the community a tremendous, time-saving tool for use during an APBA Football replay. Below is an excerpt from my “thank you” email to Denny Hodge.

“I just wanted to take a moment to let you know how much more I’m enjoying my replay with these automated “Leader Boards”. Previously, I would only review the stats at the week’s end and then waste time manually sorting the leader’s boards. Now, I enjoy reviewing everything after each and every game without having to do any work.  Now, I’m more in tuned with my project and I can’t thank you enough for doing this for me.”

Denny, thank you for all that you do for APBA Football!

Ron Taylor, a regular on APBA Between the Lines for several years, was kind enough to email an automated spreadsheet for the Floating Index that Mark Zarb posted a few days back. It’s perfect especially for use with the Basic Game, just input the offensive and defensive index points and press the “F-9” key to refresh spreadsheet to determine the offensive index for that play.

Bobby was kind enough to share his play calling chart/system for his current 2009 NFL replay. Bobby is a former Strat-O-Matic Football player and he is using his Strat-O-Matic solitaire system for use with the APBA game engine. Once difference that immediately jumped out at me was the reverse order of solitaire play. When playing APBA solo play, the person acts as offensive coordinator for both teams. Having never played Strat, I have no idea of the mechanics of the game. I was just surprised that the coach is acting a defensive coordinator for each team. I haven’t asked Bobby if he calls the defensive alignment or if he uses Fletch or another math-based system to make the call.

All I can say is his system must be working based on the statistical accuracy of his team and individual statistics for his 2009 NFL replay.

Thanks Bobby for sharing and offering the community another alternate method of play for solitaire coaches.

For someone who prides himself in doing first-class replays, I’ve been extremely laissez-faire in how I manage the kicking game. That stops immediately, I will incorporate the following actions into the final preparation phase for my upcoming 2002 NFL replay: 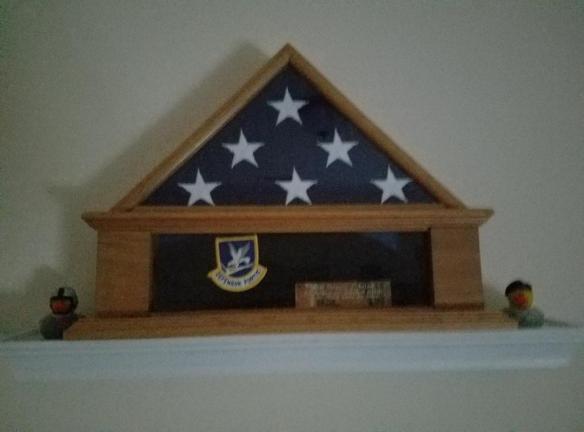 To all my fellow Veterans, regardless if you served 4 years or 40, I want to sincerely thank you for your service to our country.

Mr. Dan Flynn contacted me regarding his thoughts on replicating “Home Field Advantage” and wanted an honest opinion on some ideas he was kicking around. After a little back and forth, Dan decided to table it for now and asked me to hold off presenting his ideas at this time. During our discussion, Dan pointed out the “Home” teams win at higher rate than road teams on a very consistent basis.  He used 2005 card set as an example were the home teams won at .570 clip (that is very close to the historical average).

My problem with external factors such as home field advantage, weather conditions, crowd noise, injuries, etc. have already been “baked” into the cards. There are so many variables to consider, does each team actually play well at home? What is each team’s “strength of schedule”? Personally if I ever considered implementing any type of “home field” advantage, I would keep it very subtle and use a few of my friend Ray Dunlap’s innovations. For instance, on third and fourth downs, if the play resulted in exact yardage for a first down require a measurement. If my team had a real good home record, I would say on dice rolls of 1 through 5 the visitors were short by one-yard. I would implement his “Bonus A” innovation, if a B receiver catches three in a row without an incompletion, he is an “A” receiver on his next target. C” receiver only requires two in a row before earning his bonus “A” on next target. These type of innovations don’t tinker with the cards but could have a huge impact on the outcome of the game. On the flip-side, Dave Urban is someone who I have great respect for and I know that he adjust the home team split offensive index by one.

Listen, Dan certainly is not the first person to ever contact me regarding “home field advantage” so I would love to open this topic up for discussion and hear other folks thoughts, methods, and any hopefully some statistical data.